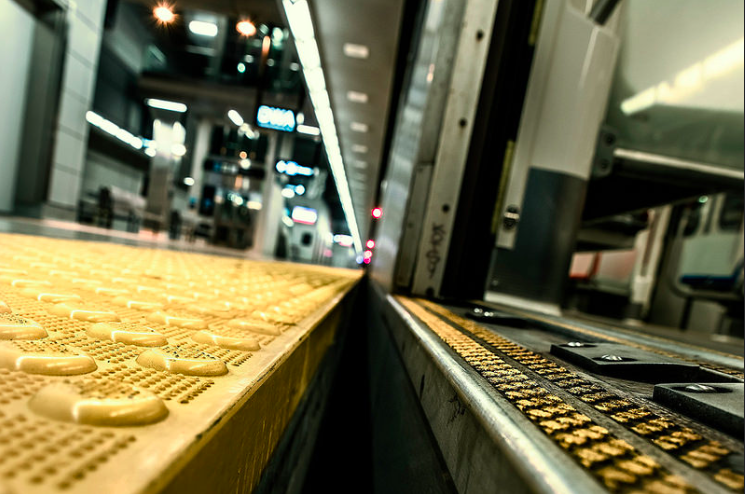 I have recently been looking into a new phenomenon, new to me that is, called Quantum physics which is of course something that Science is beginning to really get a hold of. I must admit that as I read various articles on this I was truly amazed. However if I am honest what really fascinated me about this was how much of God and the Bible is proven to be true through this scientific discovery.

Yet as I was presented with all of these wonderful facts one thing began to drum away within my heart. A question to be more precise came to me as I navigated from article to article where I was told that everything in the universe is connected including all humans. This question was –  How could the God who created it and sustains it all this way would then choose to remain connected with everything but only separate himself from humans?

You see for many years I believed that Yeshua came to breach a gap of separation that existed between God and I. Somehow I was told that until I made a decision God was not part of my life and was separated from me. If I am honest I believed this on face value as it made sense to my mind and in particular my ego where I see everything in separation. Yet during this last decade as I have began to primarily process my faith from my heart I have began to really struggle with this view of a “gap” of separation.

Clearly if this gap is true and it exists then it means that it is possible to live our lives outside of God in which case who sustains us until then? Furthermore if God indeed only joins our lives and becomes part of them when we put our hand up in the right setting and meeting then that means that he is conditional and he has to be convinced through a transaction to love us and be a part of us. I don’t know about you but my understanding is that if someone is prone to separate themselves every time something is out of place then they are unstable and cannot be trusted. I wonder if this is why for those of us that believe this we are mainly entrenched in a fear driven walk with God, as I was for years, where our main aim is to somehow repair the painful and broken gaps in our lives. Today I can see how futile this approach is as these gaps we try to fix are the very places, once healed not fixed, where Gods love and life is meant to ultimately flow through and out of our lives. Still and sadly so many of us continue to toil away as we are of the opinion that this must be what it is all about as after all this is what God had to do with us.

As I look back there was one scripture that was particularly used to drive this theory that God is capable of separation and abandonment which is found in the Gospels where Yeshua is on the cross and says, “Why have you forsaken me” implying that his Father has abandoned him by turning his back on him much the same way he supposedly did with us because of our sin. Again questions drummed away within me as I considered this lately with the most obvious one being how does God forsake or separate himself from himself?

Well I am very happy to report that like the recent Quantum physics discovery I have made I have also been making other discoveries as I have began to study the scriptures in Aramaic. This has given me the opportunity of reading what Yeshua said in his own language and not according to a translation. As I delved into the scriptures I discovered that many are the places where words were changed in order to fit into the Greek mind set and way of seeing life which of course is all for separation especially endorsing the view that humanity and divinity cannot coexist together. Clearly a misguided view that was shown to be in error when God, in Christ, became a human being.

So what did Yeshua really say on that cross you are probably wondering. Well it so happens that Yeshua in Aramaic , not Greek, did not use the word “forsaken”. Instead He used the word “spared”- “Why have you spared me”? – In other words he was asking God why was he keeping him alive if the job was now finished proving that the Father had not left him nor separated himself from him. To further prove that this is what he said not long after he says it he dies. I also discovered that God turning his back while this is happening is not meant to be a move to show abandonment, as much as it to show a loving father not being able to bear to watch his son experience such pain.

So consider with me that the truth is that God has never been separated from us as much as we have believed the lie that he is. That perhaps we are the ones, like Adam when he hides, that bought into the illusion that it was possible to hide and live separated from God. Today the more I consider these two points and my experience and understanding of God becomes healthier the more convinced I am that the cross was not to breach a gap between us and God as much as it was to both destroy the illusion and lie that there was one, as well as what keeps us prisoners to this way of seeing. Yeshua screaming on the cross “It is Finished” I believe indicated that once and for all this apparent lie of separation and what fueled it was finally dealt with.

We need to understand that this was the cry of our God that was in deep pain and desperation because of how the most precious part of his creation had been led to view and think of Him. Over and over throughout scripture if we have eyes to see we will notice that the enemy’s main aim is to put in doubt Gods character and personality. He does it in the Garden. He does it in the desert as he tempts Christ, and he does it through the religious Pharisees as he challenges Yeshua’s message repeatedly. This is why Yeshua, I believe, didn’t come to change Gods mind about us as much as he came to change our minds about God. And if there has ever been a gap that needed to be breached it was not between God and us as much as it was within ourselves between our humanity and our shared divinity with Christ. Therefore consider once again with me the fact that when Christ awakens us spiritually we are suddenly able to see what has always been there and a part of us and not something that has suddenly appeared and wasn’t there before.

Understand – Shame wants us to focus on the superficial gaps. God on what is beyond them.

This site uses Akismet to reduce spam. Learn how your comment data is processed.